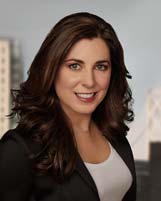 Ms. Pranger focuses her practice on intellectual property law registration and protection, including litigation and other alternative dispute resolution proceedings, contract negotiation and formation, and other business transactions.

Ms. Pranger is listed as a recommended expert among “The World’s Leading Trademark Professionals”, published each year by World Trademark Review (2017, 2018, 2019).

J.D., The University of California, Hastings College of the Law

At Hastings, Ms. Pranger was the lead advocate in the National Appellate Advocacy Moot Court Competition, Senior Internet and Communications Editor of the Communications and Entertainment Law Journal, and Founder and President of Internet and Technology Venture Group. She was awarded the American Jurisprudence (AmJur) award for best oral argument and the University Alumni Association awarded her the “Outstanding Student Leader Award.” During law school, Ms. Pranger worked in business development for a start-up company that was later acquired.

Ms. Pranger put herself through University by working full time in sales and was awarded a degree with High Honors by the University.

Ms. Pranger speaks regularly on a variety of topics in intellectual property law.  She makes several different presentations covering topics ranging from the basics for entrepreneurs to complete monetization of an intellectual property portfolio.  If you would like to have her speak at your company or organization please contact her at hpranger@prangerlaw.com with the request.

As a business owner, she is a member of Entrepreneurs Organization (EO), an international organization of business owners and founders; she has been a member of the ACLU for over 20 years; and is a proud supporter of numerous charities, including Meals on Wheels and Leukemia & Lymphoma Society. In 2010, Leukemia & Lymphoma Society’s nominated her for Woman of the Year for her philanthropic efforts.